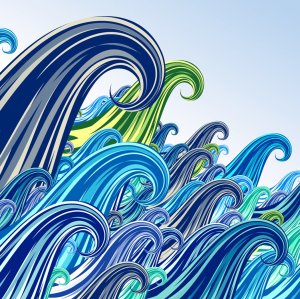 You need chaos in your soul to give birth to a dancing star.

Thoughts give birth to a creative force that is neither elemental nor sidereal. Thoughts create a new heaven, a new firmament, a new source of energy, from which new arts flow. When a man undertakes to create something, he establishes a new heaven. 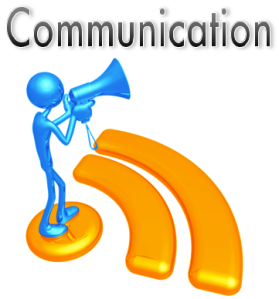 I’ve written a lot about my experiences in Korea.  I continue to be inspired by the beautiful people I’ve met in the Land of the Morning Calm, particularly at my university.  There are students, faculty, and staff who have demonstrated their kindness over and over again. The students are a constant source of inspiration.

I came to Korea fully aware that would be cultural differences.  By some standards, the work environment is conservative.  I knew I’d have to adjust.  Still, there is one thing that annoys me.  Sometimes male administrators need to communicate something to me, or they need information from me.  Instead of talking to me directly, they contact my husband.  Sometimes decisions are made about me without my input.

I’m the type of person who values direct communication.  Before I married my husband, I spent many years as the head of my household and a single mom.  Professionally, I served as an administrator in a male-dominated, competitive field.  By the time I was 20, I was all too experienced in handling gender challenges and miscommunication.

Once a graduate student and a staff member decided that an announcement needed to be made to my class.  However, they didn’t talk with me first.  They showed up in my class to make  the announcement.  It was all in Korean, and I had no idea what was being said.    I learned it wasn’t. The graduate student, I would learn, had an attack of self-importance.  He gave my students the impression that he had a lot of influence over me.  The presence of the staff member gave the impression that the announcement was official business.

The next day, I spoke with both men behind closed doors.  I told them calmly, yet candidly that their actions were unacceptable.  The men apologized.  No one ever tried that stunt again.  I went back to being my sweet, adorable self.

At the end of the day, it’s all about respect.  Today I can look back and laugh about experiences like the one I just described.  It’s all in a day’s work.  😉

Are you in love with your BFF?

What are the qualities you look for in a person you’d consider to date or possibly marry? Now think of those qualities. Now think of the qualities you look for in a close friend. Think about what pulled that person closer to you rather than a person you only speak to a few times a year. Consider your very close friend or also known as your best friend is the opposite sex. Some of the mistakes people make every day are not recognizing what may be in front of them.

via Are You In Love With Your BFF?

Note from Deb:  My daughter Winnie has written another post that will make you go hmmmm.  Visit The Wire Hanger by Winnie to read more.

Tags: The Wire Hanger by Winnie

Writing, to me, is simply thinking through my fingers.
— Isaac Asimov

Wishing you love and light 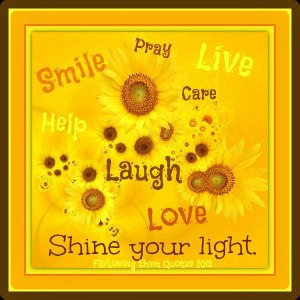 Note from Deb:  Our family is blessed with a gifted poet, my daughter Winnie. She’s a young adult, but she writes about issues that evoke strong emotion and wisdom beyond her years.

Read the entire poem at thewirehangerbywinnie.com.

Finally!  Winter break has arrived!  For a couple of months, we can cozy up at home, away from the university.  No more lectures, no more exams, no more papers.

My husband and I flew out of Seoul Incheon Airport at 4:30 p.m. Thursday.  We arrived at LAX (Los Angeles International Airport) at 10:20 a.m. the same day.  I think my body’s still on Korea time.

When we’re on campus, we live in a small apartment, about 500 square feet.  It makes our house feel huge when we come home.  We’ll relish our time off, but we also know that the time will pass quickly.

While we’re at home, we really appreciate cooking in a full kitchen — and taking only a few steps to do the laundry.  Even the simplest of chores seem to require extra work.  But we’re not complaining.  It’s all part of our big adventure.

It’s nice to be home.  We have more room for our “stuff.”  My sweetheart and I can even be in different rooms for long periods of time, if we wish.  It’s great!

As things start getting back to normal, hubby is talking about making some of his marvelous chili!  I’ve been craving his chili for a couple of months.   The cost of beef is really high in Korea, and we don’t buy it.  I never thought I’d say this, but after seeing Korea’s beef prices, I’m thankful for the prices here in the States.  A hearty bowl of chili would make our first days back even better.  Hubby’s working on his menu, and chili’s on his list.  Yes!

Once we get up the energy to do some serious grocery shopping, I’ll cook some of our old favorite dishes, plus add some new ones.  Homemade chicken soup is good this time of year, as is spaghetti and meat balls.  At home, we typically eat fish about three times a week.  While the mister cooks up some red snapper, salmon and who-knows-what-else, I’ll be looking for ingredients for a fish chowder.  I think it will be a few days before we eat any meal that includes rice.

For me grocery shopping is work, but it will be so much better this time around.  Everything will be in English!  I’ll be able to check the nutritional data and compare brands without relying on a third party.  I’ll be able to buy oatmeal.  I learned the hard way that hot cereal is not a part of the Korean diet.  When we return to Korea, I’ll be packing steel-cut oats.

Just writing about eating, cooking, and grocery shopping is making me tired — and a bit hungry.  That reminds me:  I need to add exercise to my routine.  But first, my friends, a nap.

I’ve been in Korea a year-and-a-half now.  Over the past 18 months, I secretly hoped that I’d never get a call that someone in my family had passed away.  But that’s not the way life happens.

The call came from my son on Thanksgiving Day.  My father had died suddenly.  Even though I thought I’d always be prepared for such a call, it still left me a bit numb.  I couldn’t cry.  (I still haven’t.)  I was thousands of miles away from my family.  Even though I’m the eldest of my siblings, I was in no position to “take charge,” as I was used to doing in times of crises.

Coming home for the funeral was not a practical option because I was still teaching, and we were near the end of the semester.  In many families, the oldest children are typically used to taking control of situations.  I had been groomed to be the responsible one.  In this case, however, there was not a lot I could do.

I made sure that my kids were OK.  I spoke with my brother Sylvester often.  He handled the arrangements beautifully.  I offered to write Dad’s obituary.  It was the least I could do, I thought, and it gave me something to do.  My father’s story came to me quickly and smoothly.

Daddy graduated from Bartlett High School in St. Joseph, where he excelled in academics.  A short time after graduation, he enlisted in the Air Force.

At the time, the Korean War was ending, and President Harry Truman had issued an executive order to integrate the armed forces.  My father served in an integrated unit, starting as a mechanic.

Dad was told that he tested well enough to qualify for officer’s training school, but as the Air Force began to integrate, there was no room for a “colored” man in those ranks.  According to the tests my father took, he had the aptitude to train as an attorney.

Another man might have been angry when he learned that he wouldn’t be allowed to go to officer’s training school.  However, my dad was not that kind of man.  He decided that he would become the best airplane mechanic he could be.  His hard work paid off.  He quickly earned the nickname “Boy Wonder.”  By the time he turned 21, he had earned the titles staff sergeant and crew chief.  He was the youngest man in his unit and the only African-American.

While he was in the service, Dad began to date the woman who would become his wife and my mother, Mary Louise Freeman of St. Louis.  My parents married on February 10, 1952.  They lived in San Antonio, Texas, where my father was stationed. After Daddy was honorably discharged from the service, my parents returned to St. Louis, where they started a family.  (My parents had planned to remain in Texas after my father left the service, but they returned to St. Louis because my maternal grandmother missed her only daughter.)

Four children were born.  Sadly, the first died when she was eight months old.  I made my grand entrance three months later.  My brothers followed, three and six years later.

Our parents were our first teachers.  My father was very hands-on.  By the time I went to kindergarten, I could read, count to 100, and enunciate my words.

That early training in elocution would serve me later when I began a career in broadcasting at age 18. My brothers became mobile DJs (disc jockeys) in high school; one has been working in radio for years.  When we were small, my dad would play around with the tape player, pretending to be the super-cool host of “Big Sid’s Jazz Show.”  My father had no idea that his children would “follow” his lead.

Mom stayed at home and raised us kids.  As a young parent, Daddy worked at International Shoe Company, Combustion Engineering, and Union Pacific Railroad.  He then changed careers and began working in real estate.  By the time he retired, he had put in 30 years as an operations chief.  In his free time, he indulged his hobby, amateur photography.  He built a dark room in our basement.

For most of his adult life, Dad held two jobs.  He worked 20 years as an inspector and administrator for the St. Louis County Health Department.  He was one of the first African-Americans to be hired as a housing inspector.  During his tenure with the health department, my father also served as a restaurant inspector, coordinated the County’s lead poisoning prevention program, and worked on the hazmat team in Times Beach, Mo., the site of dioxin contamination in the 1980s.  While with the County, Dad also completed specialized training at a technical college.  He grew up poor in a family that valued education, so he was really proud of his diploma.

My father retired from St. Louis County and his real estate position in 1991.  However, true retirement did not happen for a few years.  Dad served as building commissioner for a County municipality in the 1990s.  Eventually, he would fully retire and pursue his love of travel.

We were fortunate to have my father for 83 years.  We know that he’s in heaven now with my mother, grandparents, and other family members.  The first Sidney in our family was my grandfather; my father came next.  Dad leaves more Sidneys to carry on the name, including my brother and a nephew.  My daughter’s son, age six, is the youngest Sidney.

My son and daughter represented me at the funeral and kept me posted on the details.  Many family members have been left behind to recount many warm memories of my father.

The best style is the style you don’t notice. — Somerset Maugham